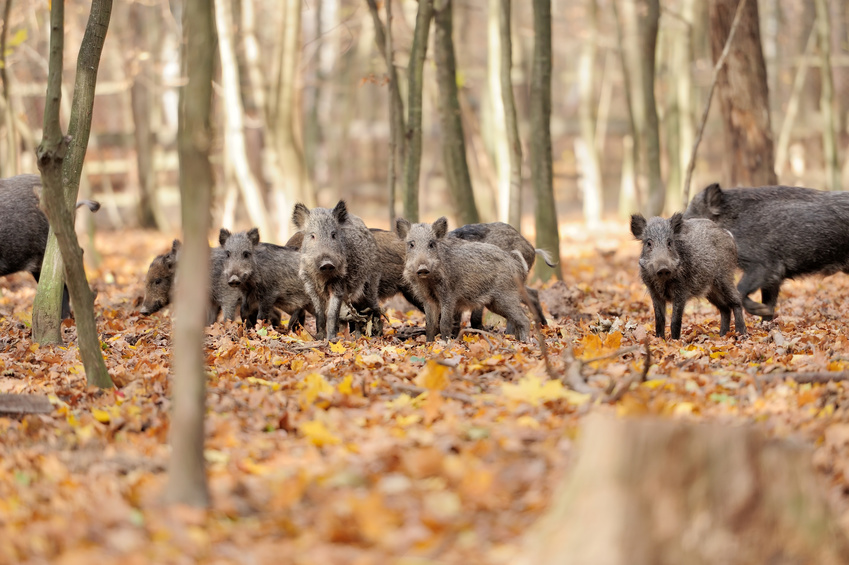 Spanish explorers first introduced pigs to North America roughly 500 years ago. Since then, pigs have become crucial to our food supply. Over time, though, some pigs escaped farms and bred in the wild. This lead to overpopulation and crowded competition for natural resources. That's why we have wild boar hog hunting trips today. But what is the difference between a pig, a boar, and a hog anyway? Here are the definitions of the various names associated with Sus Scrofa.

There are many subtle differences when it comes to identifying feral pigs, wild boars, and domesticated pigs. First, look for signs of hair running along the scruff of its neck and down its back. Then check the roughness of its hide. The tail of a wild boar will also be longer and more straight. Their legs will be longer as well. Finally, their heads take on a more elongated structure.

The truth is, wild boars are just two generations away from any domesticated pig. Say a pig escapes from a farm, becomes a feral pig, and has offspring. Those feral pigs have offspring too, but now they are indistinguishable from wild boar.

Wild boar hog hunting expeditions are important for feral pig population control. They are also an excellent way to hone your hunting and tracking skills in a short period of time. It mostly doesn't matter what you call these animals, but knowing the physical differences could make your life a lot easier. Book a hunt today to start your journey.