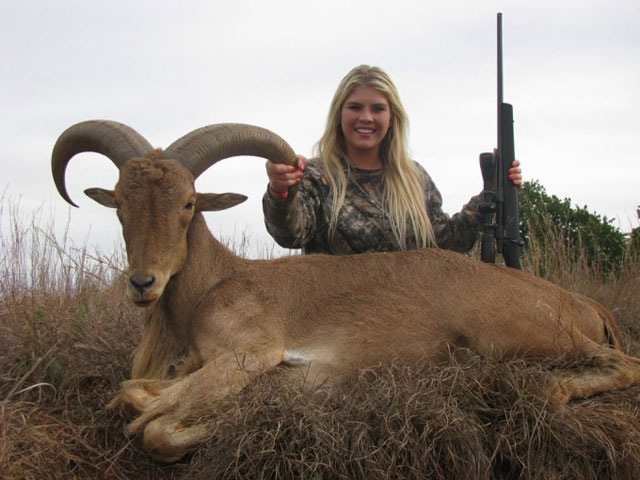 Traditionally speaking, hog hunting (and hunting and general) has for some reason been associated with masculinity and ‘male-activity’ -- but times have changed! Even though hunting has always been a friendly sport to women, the focus of the industry hasn’t always demonstrated that. Today, we’d like to share some facts about how women have become a larger part of the hog hunting (and general hunting) industry in recent years. As you know, we consider hog hunting at HogWild to be an outing that is enriching for the entire family!

Anthropological studies have suggested that women have been hunting since there were multiple different hominid animals roaming the earth. One such study even posited that homo sapien women who hunted contributed to the extinction of the neanderthals -- the cognitive revolution in homo sapiens allowed for a more unified species… so unified, in fact, that it appears that women and children contributed to hunting game for their people. Believe us when we say that hunting is a family activity.

The dawn of the 21st century brought in a renewed focus on women who hunt and women in the hunting industry. Since 1996, the estimations of women who hunt in the United States has remained about the same -- 1.1 to 1.2 million strong! It’s estimated that about 15 million in the US are active hunters. Some may be surprised to hear that women account for more than a million of that number… we’re surprised that they don’t account for more of the population of hunters.

With influential women like Jen O’Hara who founded the clothing brand Girls with Guns, and TV personality Georgia Pellegrini (notably the second woman ever to appear on the cover of Shooting Sportsman Magazine), it’s clear that women have an active and large impact on the hunting industry at large. Pellegrini’s book, Girl Hunter, was regarded as one of the top 10 sports books of 2012, and listed as a best book of the month by Amazon -- big praises!

Women hunters contribute greatly to the funding that helps state-level wildlife conservation efforts. The dollars contributed from licensure and equipment help to regulate wildlife and fund organizations that practice ethical policy-making when it comes to legislature around hunting.
1.1 million contributors is no small deal at all.

For our part, we see a lot of women and families at HogWild who come to bond with their families, trophy hunt and enrich their lives in the great Oklahoman outdoors. We tend to talk a lot about the positive impact that hog hunting in Oklahoma has on our local agriculture and deer population. We celebrate all women, children and men who come to be a part of that impact!

If you’re interested in learning more about what we do at HogWild and scheduling your hunt, give us a call at 405-HOG-WILD -- we’d love to chat with you about what kinds of hunts we have available that are friendly for the whole family.