What Do You Know About Hog Tusks? 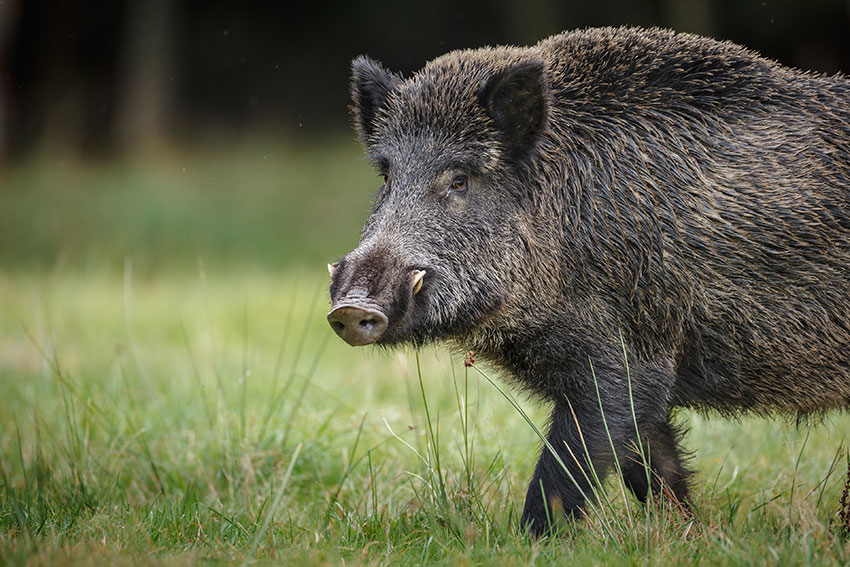 It’s a little known fact that even domesticated pigs will return to their wild roots if they ever escape and find themselves in the tundra. Within a few short months, they will have grown hairy, and tusks will emerge from their mouths. A farm pig with an otherwise sweet disposition will suddenly become aggressive and forage for itself in the wild just as any other feral hog -- this makes any common pig a very adaptable and dangerous animal.

On the topic of tusks… did you know that tusks are actually teeth? They are the canine teeth of the hog, and are widely regarded as one of the hallmark features of a good trophy. If you land yourself a hog with large tusks, you’d probably consider a shoulder mount (and if you are considering one, do yourself a favor and visit our blog entry about the costs associated with that kind of taxidermy -- you can get a great deal in Oklahoma!)

The lower set of teeth on a hog, sometimes called cutters, are so-named because they are often used by boars to cut rival predators, or their prey while hunting or in combat. Differentially, the smaller, upper set of tusks are called whetters because they function much like a whetstone in that the boars use them to sharpen the cutters down below.

Many do not know that larger tusks on a feral hog can sometimes signal the fact that there is insufficient contact happening between the two sets of tusks. Referred to as ‘grinding wear,’ tusks of a boar will grow with age, and especially so if the whetters are not doing enough work to sharpen the cutters.

There used to be quite a bit of debate and concern about disease associated with a wound delivered by a hog tusk. We’re happy to share that A) you’re unlikely to be gored by a hog tusk at Hog Wild because of how we format our hunt experiences, and B) even if you encountered a hog in the wild, you’d probably not be subject to anything other than a regular infection that you’d get from a regular cut or abrasion. We suspect that a lot of this rumor is owed to the fact that many are concerned about disease carried in hog meat. We’d also encourage you to read our blog entry about the safe preparation of cooked hog...you’ll find that you can make many risk-free and delicious meals out of a hog you bag with us!

We’d love for you to bag a hog with big tusks, and we have many of them roaming our grounds! We think you’ll agree that it’d look great on your wall after a great shoulder mount...plus, it’ll taste delicious. The average hog bagged at Hog Wild is 140-150 lbs.

Are you ready to have a conversation about hunting hog with us in the new year? Give us a ring at 405-HOG-WILD -- we’re ready to make memories with you!